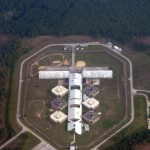 An Account of the Recent Rebellion at Donaldson Correctional Facility in Bessemer, Alabama

On September 9th, 2015, after days of lockdown and other unusual restrictions on their movement, inmates at Donaldson Correctional Facility in Bessemer, Alabama, rushed the unlocked door of the dining hall en-masse and occupied it before taking over the common area of the dormitory and refusing to lock down. The prison had been placed on […]

The following update is from a hunger strike that happened at a prison in Indiana just a week before the ongoing hunger strike at Menard Correctional Center in Illinois. From: Rififi Received and transmitted: Saturday January 25 Please man the phones on Monday, January 27,2014. Westville Correctional Facility (SUPER-MAX Prison) is retaliating against the inmates […] 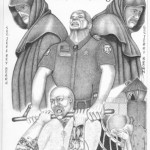 Update on Hunger Strike at Menard Correctional in Illinois

From: The San Fransisco Bay View On Jan. 15, 2014, approximately 25 prisoners in Administrative Detention at Menard Correctional Center went on hunger strike. The hunger strikers have been told the prison administration is working on obtaining a preliminary injunction to force feed them. They expect to continue the hunger strike even if they are […] 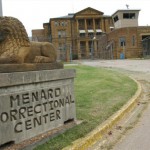 More information about the hunger strike going on at Menard. From: San Francisco Bay View by Alice and Staughton Lynd The following information is based on numerous letters from prisoners in the High Security Unit at Menard Correctional Center in Illinois written in December 2013. These prisoners expect to go on hunger strike on Jan. […] 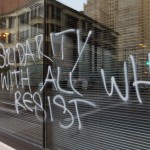 From: Kansas City ABC On October 13th 2013, we received word that nine people in Potosi MO Corrections went on hunger strike. The start date is unclear but we now know the hunger strike lasted three weeks, ending on Oct 20th 2013. Below is the transcript of a letter dated Jan 8 2014 from Shyheim […]

The following is an excerpt from a letter written by Shyheim El-Mumin, a prisoner on hunger strike at Potosi Correctional Center in Potosi, MO. He and at least eight other prisoners began their hunger strike on October 13th. At this point, we are unclear as to whether they are still refusing meals. We will post […]