“We need condos babel tall to the sky!”- War on the poor in downtown St. Louis

On Thursday, September 6, in the latest move to displace the homeless, the city of St. Louis closed off the sidewalks of the 1400 block of Locust St. in front of Larry Rice’s New Life Evangelistic Center. The following was first published at CASINO*TOWN*POETS in reaction to the city’s latest move and to the attitudes of […]

As yet another college semester begins, one less rapist will be returning to St. Louis University – but only for one semester. At a Take Back the Night event on SLU campus this past Spring, 30 or more people marched through  SLU’s campus carrying banners which read “Touch me and I’ll fucking Kill you” and […] 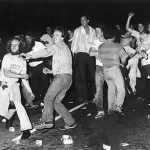 In the Spirit of Stonewall: Reflections on PRIDE and Queer Assimilation

Long gone are the days when our bars were raided by the police on a daily basis, when trannies carried bricks in their purses to swing at the cops, and pumps were both a fashion statement and a weapon. We have lost the sexual liberation we once found at truck stops and bath houses. Gone […] 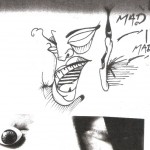 On “The Icarus Project” – experiences from a St. Louis participant

The following text was published recently in the latest issue (volume 12) of “Soliloquies From Strange Dislocales” – a zine of poetry and prose of mad-pride, surrealist rebellion, and rebellious surrealism. The entire issue can be downloaded here: sols.pdf Here are documents which concerns St. Louis Icarus Project itself and something crafted for a film […] 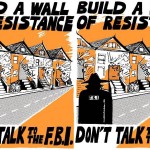 This morning 2 agents from the local FBI office visited a member of the St. Louis radical community. They first went to this individuals parents home where they were given this persons home address. The individual was approached at home and taken to the local office and asked a few questions. They were asked ‘if […] 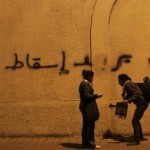 In Defense of Graffiti and Those Who Write

“The ugliness of buildings excites vandalism” -Raoul Vaneigem “Society gets the kind of vandalism it deserves” -Banksy “The limits of tyrants are prescribed by the endurance of those whom they oppress” -Frederick Douglass (from a wheat-pasted poster in Toronto) Take a walk through the heart of any American city and you will see two things: […]