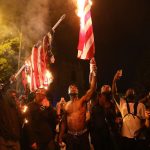 Resisting Death: a report back and analysis of the current anti-police rebellion

This account focuses mostly on the first three days and nights  (September 15-17) of the response to the not-guilty verdict in the murder of Anthony Lamar Smith and is the perspective of one participant Friday, September 15th Downtown Not guilty. It makes sense; most of us knew what was going to happen. It doesn’t surprise […] 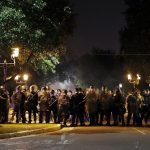 (submitted to antistatestl) also can be found at: https://www.reddit.com/r/StLouis/comments/70m6hv/stockley_verdict_protests_megathread/dng0db6/ and https://pastebin.com/dznAL3ci For the most part, I’d rather hear what people of color have to say about the Stockley verdict and ensuing protests, […] 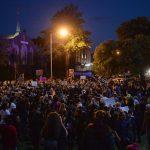 Bail Fund for those Arrested after the Stockley Verdict

DONATE to the St. Louis Legal fund HERE. This fund is controlled by the St. Louis National Lawyers Guild. Antistatestl has nothing to do with the money and is only serving to spread the link to other circles. The last three days have seen fierce resistance from folks in St. Louis in response to the […]

“Those who do not learn history are doomed to repeat it” The tension mounting in the city is all too familiar, with politicians calling for peace, the federal courthouse scheduled to be closed tomorrow, and the Missouri National Guard on standby. Governor Greitens has been afoot, meeting with area clergy and holding a press conference […] 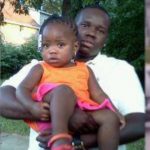 “It will be a lot like Ferguson.” Awaiting the Verdict of Killer Cop Jason Stockley

(submitted to antistatestl) The Murder of Anthony Smith SLMPD Officer Jason Stockley, a military veteran who served a tour in Iraq during the height of the war, murdered Anthony Lamar Smith on December 20th, 2011 on the north side of St. Louis City. Stockley believed Smith was engaged in a drug deal in the parking […] 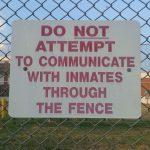 Donate here to help those arrested over the weekend at the Workhouse. St Louis, you never cease to amaze and surprise me. Like on Friday night when three hundred beautiful, brave, rowdy people showed up to a noise demo at the Hall St Workhouse and pushed hard enough to breach the perimeter fence surrounding the […] 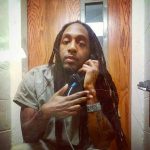 Here’s a submitted account/update/thoughts on a Ferguson prisoner who was just sentenced. You can write to Steve at: Steven Martin #01141003 // E.R.D.C.C, 2727 HWY K, Bonne Terre, MO 63628 For more info on how to write other Ferguson prisoners please go here! “Steve Martin got picked up during the Ferguson uprising in 2014. He […] 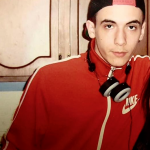 To donate to Isaiah’s funeral fund, please go here! Isaiah Hammett was murdered by St Louis City police officers on June 7th during a SWAT raid. Missouri is a state that paradoxically has both a castle doctrine (you have the right to defend your home from known and unknown intruders) and also allows for no-knock […]

submitted by a reader who was there during the eviction of NLEC On April 2nd, 2017, the New Life Evangelistic Center (NLEC), a homeless shelter, ministry, and television station was forced to close down by the city after years of back and forth resistance. The shelter is the only one in the city that allows […] 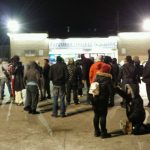 Donate here Last night, March 12, at a demonstration in response to a newly released video of Mike Brown that challenges the bullshit narrative the police rolled out in August 2014, protestors near Ferguson Market & Liquor were charged at by police officers and tackled. At least four were arrested and some were injured. One […]