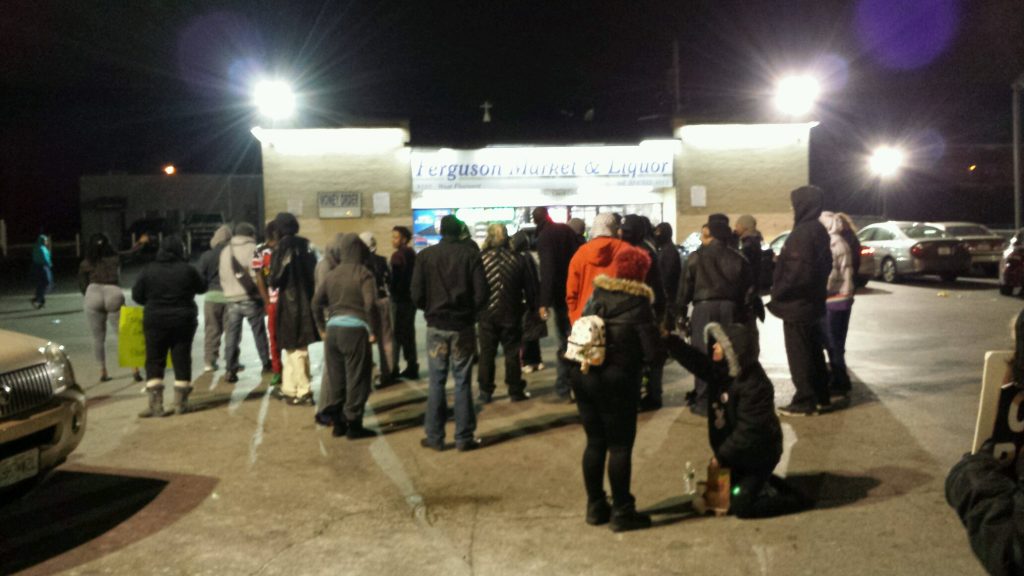 Last night, March 12, at a demonstration in response to a newly released video of Mike Brown that challenges the bullshit narrative the police rolled out in August 2014, protestors near Ferguson Market & Liquor were charged at by police officers and tackled. At least four were arrested and some were injured. One of the protesters who was tackled and arrested is pregnant. The arrested are facing serious charges, ranging from resisting arrest to felony “Attempted Causing A Catastrophe.” Please donate to their legal fund.

One response to “Donate to the Legal Fund for Ferguson Mart Protestors!”