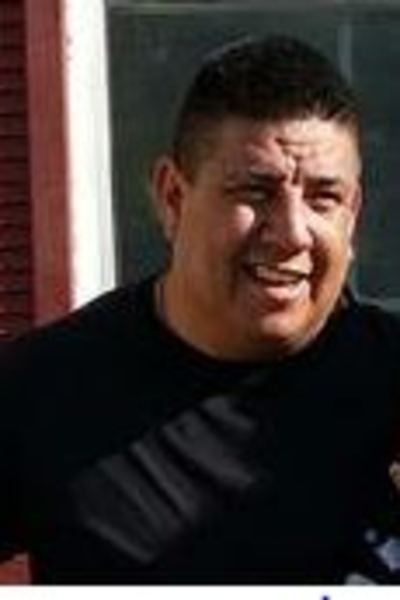 You can read the police report of this incident here.

St. Louis, MO – Survivor Monica*1 wants people to know that Rafael Hernandez who’s running for the 12th Ward Alderman attempted to rape her while she was closing down the Rally Point Bar him and his brother Joel Hernandez owned, at 3am on Feb. 19, 2012. After seeing his campaign sign in the window of the place she does her taxes, Monica obtained a copy of the police report, names redacted except hers, in which the suspect is arrested on March 8, 2012, but never prosecuted for: 1. Kidnapping 2. Attempt Forcible Rape 3. Attempt Forcible Sodomy.

In the police report the suspect failed a lie detector test.

“It was just a regular night except for he was there, which he hadn’t been there the other previous two nights, except for just dropping in with his wife. He sat at the end of the bar all night long drinking,” said Monica in an interview.

She remembers him pressuring her to take shots, saying, “Oh you’re ruining the vibe of the bar,” and “You need to have one or two drinks and loosen up.”

Her first day working at Rally Point Bar, she remembers Rafael and his wife Christine Hernandez asking if she drinks on the job, and her telling them she’s a light weight and doesn’t like to drink.

“And they were like, ‘That’s awesome because there’s a lot of girls we had to get rid of because they come in and all they want to do is drink all night,’” said Monica.

During her shift when the incident happened, she remembers taking five to six shots until she started to pour them out and pretend like she took them. When the bar closed at 3am on Feb. 19, 2012, she went out the side door to have a cigarette.

“He [Rafael] came out behind me and tried kissing on me, and I was like no, no, no, no, no, I got a boyfriend and you got a wife, and this is not going to happen. And he pretty much just backed off of me and I thought, ‘Oh well that’s fine, he tried to make his move and he’s gong to leave me alone now,” said Monica.

When she came back inside she remembers the bouncer called “Ham” and Rafael’s sister in law “Lola” leaving to go buy cigarettes. Rafael and Monica were alone in the bar when she started to put the bar stools up and clean. She remembers him cornering her and saying, “It’s Mardi Gras you have to show me your tits.” She firmly told him no.

“That’s when he just attacked me, full on attacked me—ripped off my shirt, was grabbing me, throwing me around, punching me, hitting me, you know throwing me into walls, knocking over chairs and tables,” said Monica.

She described it as a “blur of being manhandled,” and she feared for her life. According to the police report and her version of the incident today, he managed to put his hands down her pants. In the struggle she remembers begging him to let her leave, which isn’t included in the police report.

“I was surprised on the police report that they were charging him with kidnapping as well, but I guess that goes with that he wouldn’t let me leave,” said Monica.

She remembers him grabbing her by both sides of her head and slamming her face into a jukebox, breaking the LCD display, which also isn’t included in the police report.

“Ultimately he got me bent over the bar and was ripping at my clothes and I don’t know how long that went on for, it could have been seconds or minutes and I was just holding onto my pants and the whole time he was saying weird stuff,” said Monica.

At that moment she remembers “Ham” and “Lola” returned from buying cigarettes to see Rafael behind her, pinning her against the bar, and her screaming. That’s when she remembers he let her go, and she ran behind “Ham.” In the struggle her glasses broke and she lost her shoes.

“As I looked back I saw his pants were down at his ankles—his pants and boxers- but I didn’t see his genitals because his shirt was so long, and so he pulled up his pants and came back down there, and grabbed me by the arm and started trying to pull me up the stairs, and got me to that landing by pulling me on my arm. He flipped me over his shoulder, and carried me up stairs, and that ‘Ham’ guy came behind and was like, ‘Leave her alone, get off of her,’ and he let me go, and then I went downstairs again,” said Monica.

While downstairs, she remembers, “Ham” saying it looked like she needed help and she replied, “Well, yeah.”

“I hung out for a little bit, because I was too drunk to drive. Then I heard him upstairs moving and stirring a bit and I was like, nuh uh, no more of this, and I just went to my car and left,” said Monica.

Monica’s memory today of the chronology and key events of the incident mostly matches the summary of the interview the police had with her in the police report. The report leaves out when she says he slammed her head into the jukebox, her explicitly asking him to let her leave, and that she talked to her aunt afterward, not her sister, as written in the report.

After the incident Monica went to her boyfriend at the time’s house and told him Rafael got “handsy” with her and that she wasn’t going to go back to work, even though she was scheduled to work that night, Feb. 19, 2012.

“And I was just gonna let it lay, I wasn’t going to do anything, say anything,” said Monica. “He hadn’t actually been able to rape me—he did at one point get his hands down my pants—but you know, he hadn’t full on raped me so I just thought I’d let it go.”

During the daytime of Feb. 19, 2012, Monica remembers getting a text message from a person she thought was his brother, Joel Hernandez, but it actually was Rafael asking where the money from the cash register was. She told him she left it there and she wasn’t coming back because she wasn’t making enough tips. She also told her friend who was a manager that she wasn’t coming in that night. She says she never got a paycheck from them, and didn’t think it was worth going back to the bar to find her check.

“And I went to my aunt’s two days later and she saw the bruises all over my arms and that I had a busted lip and a little abrasion on the side of my face,” said Monica. “And she was like, ‘What the hell happened to you? Were you in a car accident or something?’”

She told her aunt that Rafael “got handsy” with her, and her aunt convinced her it was more than “handsy” and that she needed to talk to a rape crisis counselor at least. Speaking with her brother and a couple other people about the incident led her to call the Sexaul Assault Response Team (SART).

“They [SART] more or less convinced me that what this guy did reeks of serial rapists, and you know, you gotta tell somebody, at least make a police report, so that in the future if another woman comes forward there’s a record,” said Monica.

According to the police report, Monica contacted SART, who contacted the Sex Crimes Section of the police department on Feb. 24, 2012 (five days after the incident), and scheduled an interview with the victim at Police Headquarters on Feb. 27, 2012.

Detective Keith Paulitsch attempted to contact the suspect the next day, Feb. 28, 2012 at the bar according to the police report, and then made an arrest attempt at his residence on March 4, 2012. The following day, March 5, 2012, the sister-in-law contacted the detective and did a phone interview, and Rafael scheduled an interview for March 7, 2012.

In the police report, for the sister-in-law’s interview, it’s stated: “When questioned about the details the victim disclosed, ___ stated she and __ at no time left the bar to get cigarettes and ___ did not go upstairs to rescue the victim from ___. ___ again stated that the only sexual activity that took place was when she and the victim’s breasts were exposed.”

The sister-in-law, who Monica identifies as “Lola,” told the police that the suspect was extremely intoxicated and asked both women to expose their breasts, to which they both complied. She said the victim escorted the suspect up the stairs because he was intoxicated. In Rafael’s first interview with the police, his story matched his sister-in-law’s. According to the police report, the police administered a polygraph examination and the suspect failed it.

In his second version of the incident, the suspect said there was consensual kissing and fondling. One of the two other people in the bar—who Monica says were “Lola” and “Ham”—were intoxicated and the suspect helped them up the stairs with the victim, who was also intoxicated, which is why “____ had to pull her up the stairs by the arm.”

In this version, the suspect says the victim went downstairs and he called her back upstairs where there was more consensual kissing and fondling, and then the victim left. The next day the suspect texted the victim about the bar receipts and her next availability to work, and the victim responded it wasn’t worth her time working there.

The bouncer who Monica identifies as “Ham,” refused to talk to the police according to Monica, because of arrest warrants. He texted her saying he was going to go to the police, but Detective Paulitsch told Monica he was a no call, no show, and stopped answering his phone.

“She [the prosecuting attorney] said ultimately it wasn’t a solid enough case, even though he and his sister-in-law’s comments were not the same—their statements didn’t match each other—you couldn’t have all these different stories and no rape kit. There was no DNA or anything because I waited so long. And the other guy refusing to cooperate—they couldn’t make him cooperate—so you know there was nothing they could do. They already had other cases they had to spend the tax payer’s money on that were already locked up tight,” said Monica.

Monica went to therapy and for months after she threw up everyday. Every time she ate she would throw up. When Detective Paulitsch saw Monica crying upon finding out they weren’t going to prosecute him, she says he said to her:

“This wasn’t for nothing because don’t be surprised if in three to five years we call you and we want you to testify about what he did to you because of another case, because this guy reeks of serial offender.”

A review of Rally Point Bar left on Yelp from Dayne L. says, “Oh and ladies don’t except drinks from the one of the owners unless you want your tires slashed and a drunk Mexican trying to force himself on you.”

Monica found out after the incident from her friend who was a manager there, that three other women who worked at the bar stopped working there without explanation. Rafael and Joel Hernandez were served an eviction notice for 3502 Papin St., St. Louis City, MO 63103, where Rally Point Bar was located, on March 21, 2012, for failing to pay rent.

1 The survivor’s real name is changed to protect her safety.