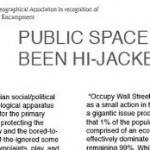 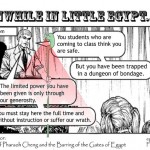 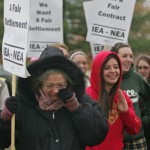 The following is a personal account of Day 5 (Monday, November 7) of the Southern Illinois University Carbondale Faculty strike. Today was a really amazing day on the SIUC campus. Some undergraduate students organized a rally in solidarity with the Faculty Strike — which has turned into something of an occupation, since the five members […] 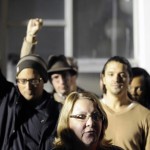 The Faculty Association (tenured and tenure-track faculty) at Southern Illinois Carbondale followed through on their threat to strike last Thursday while the other 3 threatening unions reached last-minute agreements. Today the strike entered Day 5, as negotiations with university officials on Sunday night collapsed. The Occupy Carbondale movement has been organizing contniuous demonstrations to support […]