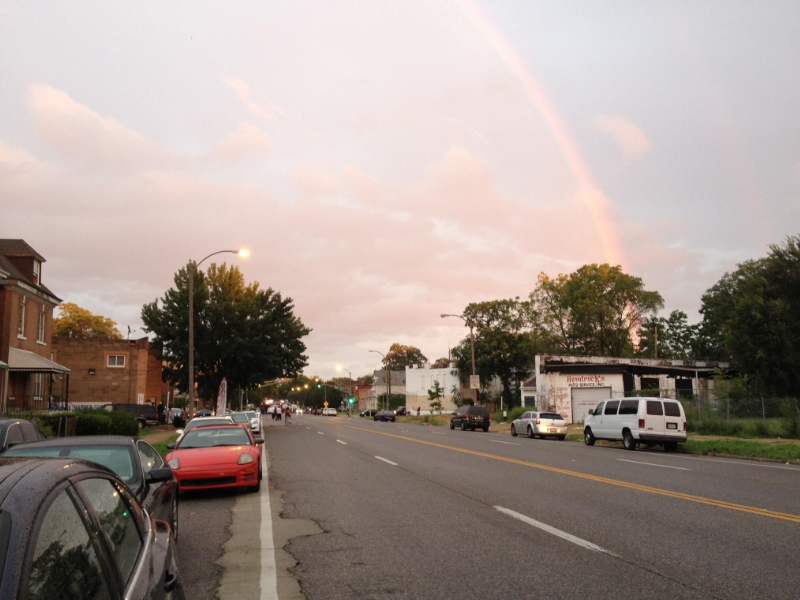 Fear. Fear is real. There are times when fear should be listened to. Like when shots ring out and fear tells you to duck and run. There are other times when fear needs to be pushed through. We leave it up to each person to decide when to push and when to run. The fear we criticize is not that of those who stay away from violent and chaotic scenes, not that of those who listen to their bodies telling them they cannot handle yet another trauma. We find no fault in those who make these choices for themselves.

The fear that we would like to critique here is the fear of forming one’s own opinion, the fear of developing one’s own analysis and then acting upon it. We do find fault in this fear of the White Ally. To be a White Ally is to stop thinking for one’s self, to blindly follow a leader based on no other criteria than their identity. At least this is what is demanded of us by those who would make us into Allies.

The concept of the White Ally is bankrupt. One cannot be an ally to a category of people. To speak the words “I am a White Ally to people of color” is to commit an act of double speak, to internalize non-sense. There is no singular black voice that can be listened to, no authentic community leadership which to follow. There are only many different people with different ideas, life experiences and perspectives. To think otherwise, to think that all black people share a common opinion is extremely problematic, one might even say racist. One can be an ally to individuals though there are other words in the English language which describe this relationship with more grace: friend, lover, partner and sometimes cellmate or co-defendant.

Why do people associated with organizations find riotous behavior so objectionable? While we don’t want to put words into their mouths, we do have a few guesses. Paid organizers require funding. Funding requires wealthy and often liberal benefactors. Don’t bite the hand that feeds, right? Organizers require a body of people to be organized which is another way of saying manipulated or controlled. When people refuse to be controlled, organizers don’t know how to abandon their roles and participate in the moment. They remain stuck between an instinct to rally and direct and the momentum of a body of people who have temporarily escaped all mediation and control.

Where some claim to be building a movement, we see only the repression of the movement. What would it look like if instead of organizing that repression, groups of trusted comrades took on the task of giving the rioters a fighting chance of winning. What supplies and materials are needed where and when in order to actually win a confrontation with the police? How can we do this in a way that strengthens our capacity instead of escalating to a point at which all the gloves come off? What offensive objectives could we set for ourselves – land, food, housing, infrastructure? What does it even mean to get free and what would it take to get there?

A barricade is a tool. We do not place objects in the street simply in order to have fun. We do so in order to inhibit the flow of traffic, to “shut shit down,” and sometimes to slow the advance of the police and create a situation of greater safety for those who wish to fight them. We see the process of street fighting which has evolved over the past year as a process of learning, gaining confidence and of setting precedents for future rebellions. An ideal barricade would be large, tall and strong and potentially set on fire only once the police have arrived. We think this would be an effective tactic to employ in order to hold and defend space and as a way to safely fight. Getting to the point where the construction of such a barricade could take place would most likely entail a fair amount of collective learning and creativity. In other words, we all need to practice together.

This is why we participate in riots instead of staying home or simply watching from the sidewalks like good White Allies.

To those who say we’ll run away when shit gets real, that others will bear the consequences of our actions, that we never experience the repression that we instigate:

Over the past 15 years of participation in various social movements and struggles we have gone through a lot. Collectively, we have been shot with rubber bullets, tear gassed, pepper sprayed and tazed. We have been arrested countless times racking up records that only increase the level of our bail and decrease our employability. We have stared 10 year felony sentences in the face and refused to break with our principles. Some of us have been beaten within an inch of our lives by rabid police wielding flashlights and metal capped clubs. One of us actually did die and thanks only to a combination of luck, stubbornness and a doctor’s hands came back to life. We have had our houses raided. We have been placed under 24 hour FBI surveillance and subpoenaed by federal grand juries. Some of us have permanent nerve damage in our wrists due to hand cuffs and pain compliance techniques. We’ve had our fingers intentionally broken by police. We’ve been beaten during police interrogation. We could go on, but the point is not to congratulate ourselves for the misery that we’ve lived though. The point is to say that shit got real for us a long time ago and we’re still here. We didn’t run. We still come out for almost every demo, though lately we’ve stopped making them happen ourselves. We’re still confronting power and siding with those who fight.  After a decade and a half of beatings and court cases, we’re still on the same tip and we’re not going anywhere.

To those who say they don’t trust us:

You shouldn’t, and we don’t trust you either. Which is not to say that we’re immediately suspicious of all strangers. Trust, like friendship, is a mutual relationship that is built over time. It is not one-sided. It is not something that White Allies have to earn. It is something that comrades who struggle and live together over many years develop. Hopefully, the past year of protests and riots has produced many new relationships of trust throughout the city we live in and across the country. We don’t expect to be included in all of these relationships, but just because we’re not a part of your new crew doesn’t mean we have nothing to offer each other.

To those who would try to unmask us:

We wear masks, not because we are police agents nor because we are always intent on startin somethin, but rather we cover our faces to remain safe in conflict-filled situations involving the police. Contrary to the opinion popular among a certain segment of the protester population, white people do sometimes get targeted by the police even when they are in majority black crowds. In our experience, police pick out and target or scapegoat rebellious individuals with easily identifiable features: a brightly colored piece of clothing for example. They do this in order to make a quick and successful arrest with easily communicated orders.

This is why we wear dark clothes and masks. It’s not (just) because we think we look good dressed up like ninjas. To act by, say, de-arresting a fellow rebel and then change one’s clothing is one way of avoiding police repression. The more people who do this, the safer we all are. The fewer masked people there are on the streets the more those who fight are left exposed. Even if you are not going to break the law, wearing a mask is a subtle way of increasing the safety and the power of the crowd. Where there are security cameras or police video surveillance, which is to say almost everywhere these days, everyone should be wearing a mask. The more the police recognize you, the more likely you are to be targeted for arrest or additional surveillance.

To those who say we’ve started all the fires:

At best this is the highest form of self-delusion. At worst it is intentional manipulation that could lead to serious legal consequences. In addition to simply being wrong, claiming that the many acts of arson committed over the past year were perpetrated by white people erases the agency of black rebels. According to this logic black people will only violently rebel if they are put up to it by whites.

Let’s make a deal. We promise not to disrupt your Non-Violent Direct Actions and Civil Disobedience spaces. Hell, most of us probably won’t even show up. In return, the only thing we ask is that you stop coming into the space of a riot and attempting to control what is by definition an uncontrollable situation.

Unlike you, we don’t want you to stop doing what you think is right and we’re not really interested in convincing you to see things our way at all costs. If, when it comes down to it, we just disagree on fundamental issues, then so be it. We’ll have to find some way of co-existing.

We could go further to criticize all the specialized roles of the official Movement like legal observer, street medic, live streamer or citizen journalist. It’s not that we think that no one should be carrying medical supplies and possess the training to use them under the most stressful of circumstances. Or that, even though most footage taken at demonstrations serves the interest of the police, there is never a useful reason to have a camera, a note pad and a pen. It’s just that the more people there are standing around watching, spectating, the less people there are actually participating. And if we’re actually going to win we’re going to need all the active participation we can get. So by all means, bring your camera, your maalox and your bandages, but also, bring your gas mask, your leather gloves, and an extra t-shirt to tie around your face. Refuse to be confined to a single role that excludes you from participation in all others. Break down the division between fighters and care-takers, between actors and supporters.

Even while we make this gentle criticism we also recognize that not everyone feels comfortable doing everything. Different people have different inclinations and comfort levels and we respect this difference. Hopefully others can begin to do the same.

– A few of the many anarchists in St. Louis

One response to “Another Word for White Ally is Coward”